Sec. Cusi Calls for Convergence Meeting on Strengthened Implementation of EO 70 in MIMAROPA 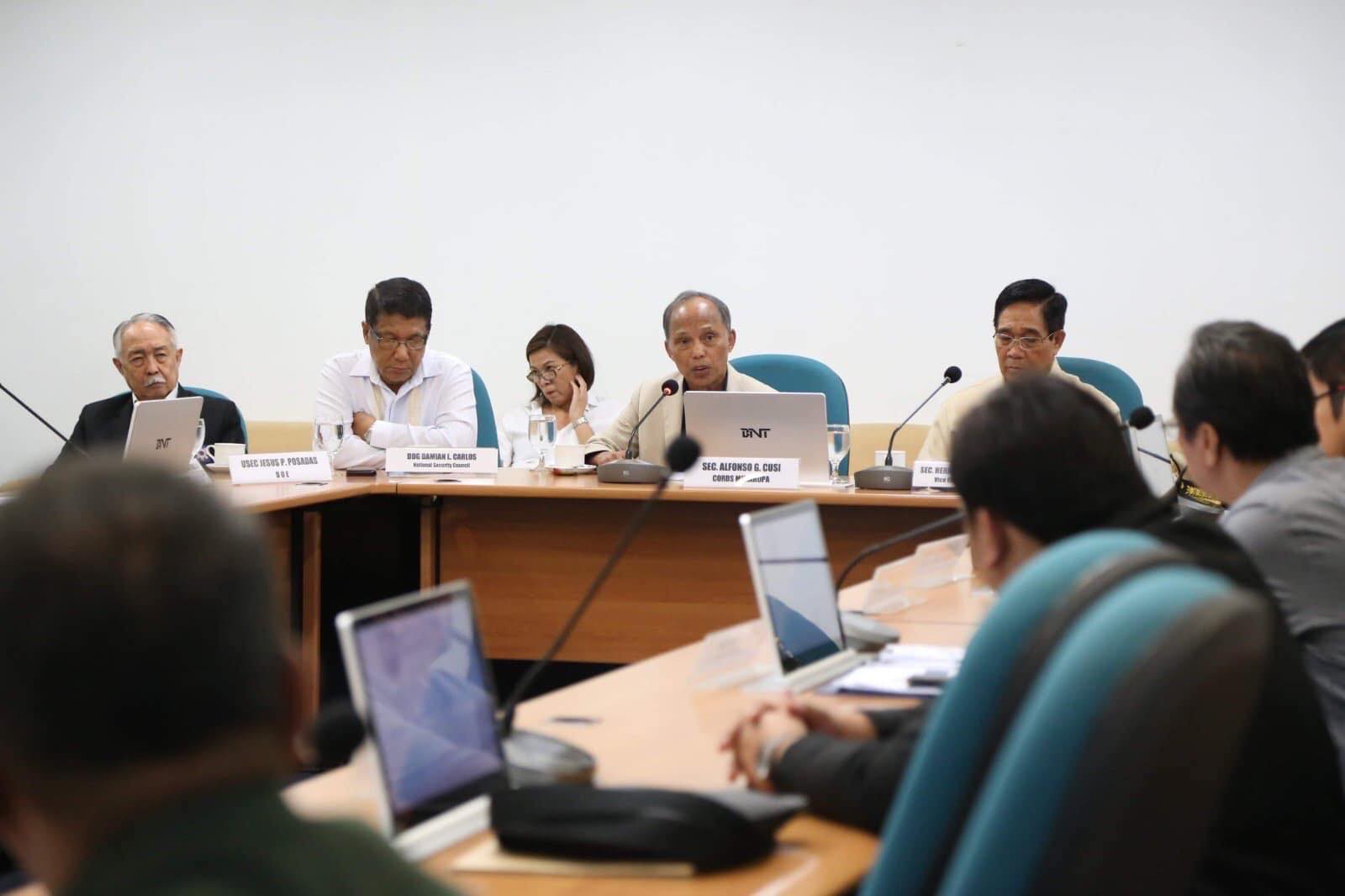 TAGUIG CITY – Department of Energy (DOE) Secretary and Cabinet Officer for Regional Development and Security (CORDS) of MIMAROPA, Alfonso G. Cusi, called for a Convergence Meeting with the officials of the Regional Development Council and the Regional Peace and Order Council, as well as the Cluster Heads of MIMAROPA's Regional Task Force to End Local Communist Armed Conflict (RTF-ELCAC) on Friday (10 January) at the DOE's headquarters.

“We CORDS have been entrusted with the tall order of helping the President and the NTF-ELCAC to finally put an end to local communist armed conflict, while ensuring the sustainable development of our respective regions,” Secretary Cusi said in his welcoming remarks.

He also emphasized the significance and importance of the NTF-ELCAC, established by virtue of Executive Order No. 70 (EO 70), in ensuring the efficient and effective implementation of the Whole-of-Nation Approach for the attainment of inclusive and sustainable peace in the country, as well as a platform for good governance.

During the meeting, presentations on the current security, peace and order situation in the MIMAROPA region were given by the Peace, Law Enforcement and Development Support Cluster composed of regional units of the Armed Forces of the Philippines (AFP) and the Philippine National Police (PNP); as well as updates on regional activities and best practices provided by the CORDS MIMAROPA Technical Working Group.

During the open forum, concerns were raised on how to improve the effectiveness of communication between and among member agencies of the RTF, achieve true convergence of activities of member-government agencies, and the funding mechanisms to effectively implement prepared plans and strategies, particularly on the priority areas of MIMAROPA.

National Security Adviser and Vice Chairperson of the NTF-ECLAC, Hermogenes C. Esperon Jr., also provided further guidance on some issues that were deemed internal to the RTF and on external issues considered significant, but are beyond the scope of the CORDS' expressed mandate and authority.

“Our task does not end here. There are still a lot of work that lies ahead, but let us be driven by the leadership and support of the Duterte Administration to attain the objectives of EO 70 and help us eradicate the local communist armed conflict,” Sec. Cusi concluded.